A third of firms to deploy multi-cloud infrastructure

More than a third (36 per cent) of UK businesses are planning to deploy multi-cloud environments as part of their technology investment strategy.

A survey of 2,485 IT decision-makers - from 23 countries in the Americas, EMEA and Asia-Pacific - carried out by Equinix, found that the adoption of multi-cloud approaches for data storage stood at 14 per cent in the UK, compared to 20 per cent worldwide.

When it came to wide digital transformation efforts, half of IT leaders globally, and 45 per cent of UK respondents, said they were prioritising moving their infrastructure to the ‘digital edge’ - defined as where population centres, commerce and digital and business ecosystems meet and interact in real time - as part of their organisation’s overarching technology strategy.

Nearly three-quarters (71 per cent) of global respondents said they planned to move more of their IT functions to the cloud, with 68 per cent of those in the UK saying it was part of their plan. Furthermore, the study found that 59 per cent of UK respondents (compared to 66 per cent globally) plan on doing so within the next 12 months.

However, the cybersecurity risk around cloud adoption is holding back a number of business, with nearly half (49 per cent globally and 43 per cent in the UK) of respondents citing these as a potential risk to their business.

Key functions being moved to the cloud include productivity tools, legacy applications and databases.

Sue Daley, associate director for technology and innovation at TechUK, said: “Multi-cloud services are delivering massive business benefits to organisations through the scale and flexibility they provide, however, as this research shows, multi-cloud adoption is still less than 20 per cent worldwide.

"With organisations keen to embrace the opportunities of innovative technologies such as AI and the Internet of Things, and as they consider their recovery strategies from the current pandemic, the cloud will provide the digital tools and infrastructure needed to make this happen.”

Hybrid cloud deployments - where companies use a combination of one or more public cloud providers with a private cloud platform or IT infrastructure - were more common, with 34 per cent of IT decision-makers globally already having hybrid strategies in place. This figure dropped significantly in the UK to 22 per cent, the study found. 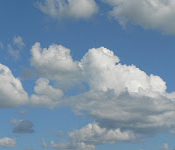 A third of firms to deploy multi-cloud infrastructure