Starling Bank is set to become the first digital banking challenger to break-even, with the bank expecting to be profitable on a monthly basis going forward, according to its latest results.

The app-based bank has today published a trading update for the three months ended 31 October, which shows it has nearly 1.8 million accounts, around £4 billion in deposits and around £1.5 billion of customer lending.

Starling, which was first launched in 2014, said it generated a total operating income of £9 million for the month of October 2020 (up from £2.2 million a year ago), which represents an annualised revenue run rate of around £108 million.

Starling generated a positive operating profit of £800,000 for the month of October 2020, which represents £10.1 million on an annualised basis. It did not reveal its pre-tax profit or net profit figures.

Of that lending, £86 million was with retail customers and the remaining £1.379 billion was SME lending. “We continue to serve small business customers through these difficult times via the Bounce Back Loan Scheme (BBLS) and the Coronavirus Business Interruption Loan Scheme (CBILS),” the bank said.

The banking challenger also revealed plans to continue growing its operations and scale across Europe.

Anne Boden, Starling chief executive and founder, said: “I’m certain that we will become a formidable competitor in the European banking market as we gear up to scale across Europe.

“We know that our technology is hugely scalable because our tech team runs a constant simulation at around ten times our current capacity. We’re prepared for a sudden influx of customers and transactions.” 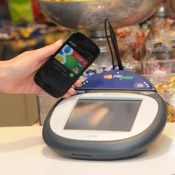