Apple is planning to launch a Buy Now, Pay Later (BNPL) service according to sources reported by Bloomberg News.

The service, which is reportedly being called Apple Pay Later internally, will be entirely separate from the Apple Credit card.

Existing partner Goldman Sachs is set to act as a lender for the new service according to the sources.

Shares in San Francisco based BNPL firm Affirm Holdings fell 10.5 per cent following the news, while shares in Australian BNPL provider Afterpay fell around 10 per cent in Wednesday trading.

According to the sources, when a user makes a purchase via Apple Pay on their Apple device, they will be given the option to pay for it either across four interest-free payments made bi-weekly, or across several months with interest.

BNPL payments are popular in the UK; these types of payments accounted for 3.6 per cent of UK online sales last year, according to research commissioned by BNPL company Klarna in March.

FStech has reached out to Apple and Goldman Sachs for comment. 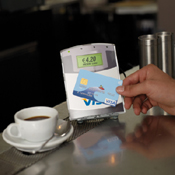