SoFi describes itself as “a member-centric, one-stop shop” for financial services, including loan refinancing, mortgages, personal loans, credit cards, insurance, investing and deposit accounts, that has so far served 1.8 million members since being founded in 2011.

The Office of the Comptroller of the Currency (OCC) and the Federal Reserve gave the go-ahead following its proposed acquisition of Golden Pacific Bancorp (GPB).

Last year the company announced an agreement by its subsidiary Social Finance to buy the US bank. SoFi, which announced it would go public in January last year, said it plans to contribute $750 million in capital and pursue its national, digital business plan while maintaining GPB’s community bank business and footprint, including GPB’s current three physical branches.

“This incredible milestone elevates our ability to help even more people get their money right and realise their ambitions,” said Anthony Noto, chief executive of SoFi. “With a national bank charter, not only will we be able to lend at even more competitive interest rates and provide our members with high-yielding interest in checking and savings, it will also enhance our financial products and services to ensure they efficiently meet the needs of our members, business partners, and communities across the country, while continuing to uphold a high bar of regulatory standards and compliance.”

SoFi said it expects the buyout to close next month.

Revolut launches stock trading in US 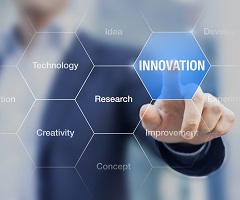