The Payments Systems Regulator (PSR) has given an update on the implementation of its new fraud-prevention tool, Confirmation of Payee (CoP), which gives people the additional protection of checking the name of who they want to pay against the account number they are paying.

This has been adopted by members of the UK’s six largest banking groups - Lloyds, HSBC, Barclays, NatWest, Nationwide and Santander - marking a milestone in reducing Authorised Push Payment (APP) scams.

CoP means the members of these groups can check the name on a payee’s account against the sort code and account number. Customers setting up a new payee will now be able to confirm that the name they’ve entered matches the one on the account they’re intending to pay. This helps to prevent payments going to the wrong account, whether accidentally or due to fraudsters.

In August 2019, the PSR used its regulatory powers to require the UK’s six largest banking groups to implement CoP by the end of March 2020. Recognising the pressure on businesses due to COVID-19, the regulator announced it would not take formal action until 30 June as long as consumers were not disadvantaged over the additional three months.

PSR managing director Chris Hemsley said: “We’re pleased to have reached this significant point, and I welcome the work that the directed banks and building societies have put in to reach this point - their customers can now make payments with greater assurance that their money is going to the person they intended.

The PSR has also seen the first non-directed banks introduce CoP, with Monzo and Starling having started to introduce the full service to their customers. The regulator is now turning its attention to the impact of CoP on fraud prevention before assessing what further action may be required. 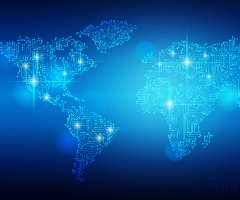