A strategic review at Metro Bank has caused it to submit a revised business case to Banking Competition Remedies (BCR) and return £50 million of the original £120 million grant.

Metro has already deployed Capability and Innovation funds and the £70 million retained will continue to stimulate banking competition in the small and medium-sized enterprise (SME) market.

The £50 million returned will be allocated to the Capability and Innovation Fund and held in trust until later deployment, the terms and timing to be announced in due course.

The update follows Metro Bank's latest financial reports revealing pre-tax losses of £130.8 million in 2019, as profits fell £40.6 million during a year when the bank was subject to regulatory investigations over accounting irregularities - which eventually led to the departure of its chairman and chief executive.

New boss Dan Frumkin admitted 2019 was a “challenging year”, which meant that a planned 71 new branch openings will become just 24 over the next three years.

Godfrey Cromwell, BCR’s chairman, said: “In the 12 months since it was awarded funds, Metro Bank has made progress on its commitments while also, and rightly, coming to BCR with a revised proposal as the context evolved and in line with the scheme processes.

“We now have an opportunity to redeploy £50 million to further this objective – we will retain a robust focus on monitoring of all grants, while also engaging with the best way to use the returned funds.”

The Capability and Innovation Fund comprised a total of £425 million, which was divided into four pools, with BCR responsible for evaluating the applications and disbursing the funds. 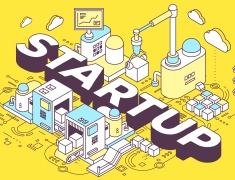