Global real-time payments company ACI Worldwide has announced that the patent for its incremental learning technology – which it describes as an “industry-first” approach to machine learning – has received full approval.

The company said that while traditional machine learning models need to be re-trained as fraud patterns change, models using incremental learning make small adjustments on an ongoing basis, allowing the model to adapt itself in production when new behaviours are observed.

“Fraud attempts on financial institutions and merchants continue to rise globally, while fraud patterns are evolving more rapidly than ever,” said Debbie Guerra, head of merchant segment, ACI Worldwide. “Incremental learning is a key development in the fight against fraud – a technology that is highly adaptable and responsive to emerging threats.

“Its full patent approval is a recognition of the innovative approach of our dedicated data science team.” 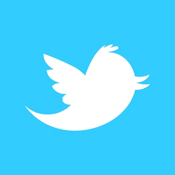